A few more pieces of interest --

Actual script page used by Al Strobel in hospital scene where he speaks the famous "Fire walk with me..." poem in the extended pilot. That's a pic of Al and I next to it from the '94 Fest

Letter from Kyle MacLachlan on his personal stationary wishing well the benefit auction he sent some items to. Love that he signed it "Dale B. Cooper FBI" with two peaks

New to this board, and have been enjoying perusing through all the promotional material for Twin Peaks! Brings back memories.

The only item(s) of interest that I have are:

Japanese LaserDisc collection of all episodes.

The last one has been sitting in my mom's house for years! I don't know what to do with them, especially as I have them all on DVD now (and especially with the Gold Box coming out).
Top

I felt the need to comment on the recent postings pertaining to Star Pics autographed cards and a recent David Lynch autographed card as my name has been frequently mentionedBruce Phillips. As many of you know I do not get involved in internet postings. I have been a Twin Peaks fan and collector for 17 years ' since its inception--and have had the privilege of meeting many cast and crew members from Twin Peaks; have assisted in the Twin Peaks festivals; have contributed material to the media, e.g. Entertainment Tonight, Bravo Channel, Wrapped in Plastic, books, and films, enabling me to make invaluable contacts.

On the value of Star Pics cards, the most I have ever sold a card for is $350. I have sold David Lynch autographed items for $25 - $50. I have sold unofficial Star Pics cards signed by cast members for $20. I personally would spend about $100 on a Star Pics trading card signed by David Lynch at a Twin Peaks cast party obtained personally by one of the Star Pics owners. These Lynch cards would be a nice novelty collector piece. For me to be convinced that there is an official autographed Star Pics card, I would need to see documentation from Star Pics from the 1990's when the cards were released; or perhaps a current legal document signed by all of the Star Pics owners that the Lynch cards were signed at the cast party and were intended for and are officially part of the "official"set. If you were to look at the order form to order one of the autographed cards, there was no David Lynch card. Everything officially distributed at the time the cards were first released showed there were 36 cards. I have owned and sold all 36 cards"”and there has never been a David Lynch card. As we all know, things pop up here and there occasionally by cast, crew, and employees. Perhaps someone had a card and was able to get David Lynch's signature"”that doesn't make it part of the "official"set.

Why am I concerned about all the controversy. It would be one thing if the card was being offered for $20 - $50, but I have seen it being offered for anywhere from $1,000 to $3,000. Normally I don't get involved in these types of controversy, but my name has been brought into the conversations and people have stated that I have made authoritative comments. My only intent in commenting here is to let people know what I know so that you can draw your own conclusions and don't get "burned"on any autographed card because someone says "Bruce Phillips said."

Concerning autographed cards being inserted in the official 76 box card set, I personally have never found an autographed card in such a set. I've had many other people tell me the same thing. However, I have had approximately 5 people tell me they did open a box and find an autographed card. I was told by Star Pics' employees that yes, the earlier-released box sets did include some randomly-inserted autographed cards. They told me that late, redemption cards were inserted and you mailed the redemption card into Star Pics whereupon they would mail you the autographed card. In 1992, a mass mailing was sent out to Twin Peaks fans by Star Pics to purchase individual and grouped autographed cards. I even purchased cards from this mailing and received a certificate of authenticity signed by the president of Star Pics. After Star Pics went out of business, I was contacted and purchased quantities of Star Pics cards, autographed cards, promo items, and other items with documentation all of which I personally picked up. At a later date, I purchased the entire remaining autographed cards"”over 2,000 cards"”and there was no David Lynch card in any of these purchases, and there was no mention or documentation of any David Lynch card. In my 17 years of collecting, there has never been a mention of a David Lynch signed card.

I have been told by several individuals, Star Pics employees, and Twin Peaks cast members that there was a party in California where cards were autographed. I have never had any doubt that there was a party where cast members signed cards. I was told by several cast members that were in attendance that they did not remember David Lynch being at this party. I have been told by Star Pics employees that there was a contract pertaining to the autographed card set and that David Lynch did not sign such a contract for autographed cards. I was recently contacted by one of the former Star Pics' owners pertaining to the recent Ebay offer and the blog postings about David Lynch autographed cards. He advised me that he was at the party and met David Lynch there, who was only there for a short time, (perhaps why cast members didn't remember seeing him there) and that he asked Lynch to sign a few of the Star Pics cards, which he did. He could not remember how many were signed. He indicated five or sixbut under 10. He could not remember if the cards had the official Star Pics sticker on them. He also informed me that he currently has a few autographed cards and a couple of his David Lynch signed cards. He inquired as to the value of the cards whereupon I told him I would be interested in purchasing any of the 36 official signed cards, but I was not interested in any of the David Lynch cards. I indicated that "If I, you, the owner of Star Pics, or whoever met David Lynch and had him sign a card"”whether it had the Star Pics sticker or not"”didn't make it part of the officially-released Star Pics Twin Peaks autographed card set". I did ask if he had any documentation or if Lynch signed a contract that would show these cards were part of the official set. His answer was no.

I am not saying I am any authority"”I am only offering this information to the best of my memory for you to draw your own conclusions.
Respectfully
Bruce Phillips
Top

Bruce -
It is good to see you here. I hope you stick around. I do consider you an authority on Twin Peaks merchandise (after all, if not you then who?) Since i have been active in this discussion, i must point out that i'm glad that everything i've mentioned so far has been consistent with your post.
Top

Recently bought "The Air is on Fire" Lynch book. I was in Paris in June, but arrived two days after the exhibition was over! Arrrgh. Would have loved to have gone to it. Went to Paris for a Tori Amos concert and got to meet Tori, so not all bad I guess.

Who has a copy of "Images"? I'm also trying to get that book.

Would everyone recommend both "Air is on Fire" and "Images"? 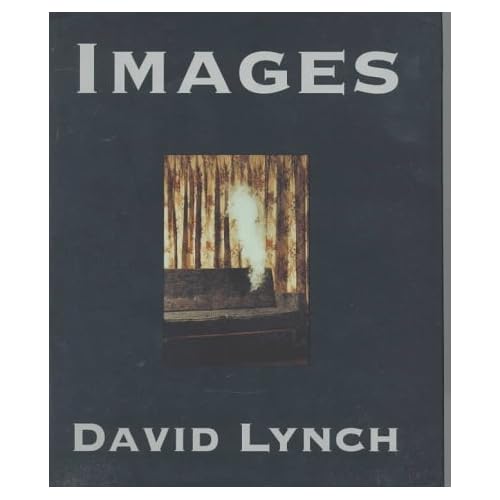 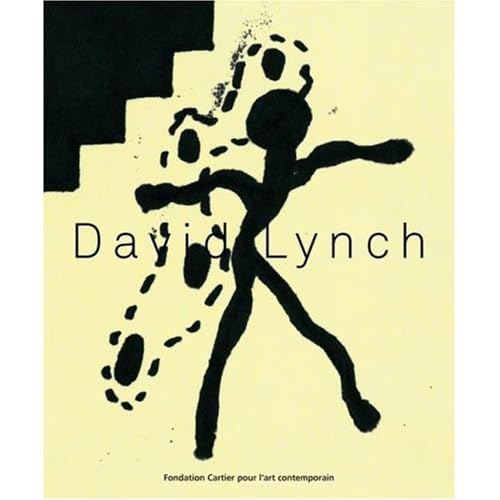 DamnFine wrote:I've taken one photograph of my Twin Peaks autographed card collection though. It took me a good while to get them all mounted and framed properly but I think that it was worth it; as soon as I figure out how to upload the picture onto here I'll post it!

If I've figured it out correctly my card collection should appear below!

Here is a list of the TP items I own. Nothing out of this world, compared to what other fans have mentioned, but a few items I haven't seen on the other lists:

3. a 5-CD collection of music from Twin Peaks, containing all of the music from the soundtracks + lots of officially unreleased music from Angelo Badalamenti used in the series, each CD containing 25-30 songs (bought on eBay a few years ago, so not sure of its origin)

6. Welcome To Twin Peaks: Access Guide To The Town (paperback)

7. Twin Peaks: Behind The Scenes (paperback)

8. Welcome To Twin Peaks: A Complete Guide To Who's Who And What's What (paperback)

23. Magazine: US May 28, 1990 issue with Kyle MacLachlan and Michael Ontkean on cover

30. Twin Peaks: The Collectible CardArt; all the cards but none autographed

The Japanese game went for over 150! Wasn't willing to pay that much, not at this stage ...


Going back to the Dutch vademecum book - if anyone out there (particularly you TP folk in the Netherlands) have any leads on where I can get a copy, please PM me! Thanks! Posted pic of it below....

Another thing I'd like is the German poster for the TP books. It's my favourite TP poster. Even though I'm a collector, I don't own any TP posters yet!
Top

The German book poster has great artwork. I'm guessing those were only used in German book stores, which would make them -extra- rare. If you happen to find one I'd say grab it for sure!

The Japanese phone cards are pretty rare, as far as I know. If you have a full set, then they should be pretty valuable.

Thanks. Here's a pic of them again. I have all 5. I believe the rarest is the Georgia coffee one. I have heard of one more Japanese phone card (a double-sided one). If anyone has info on Twin Peaks Japanese phone cards in general, would be much appreciated! These are favourite TP things I own. Just bought this promo for season 1. It cost bout 10 dollars including postage. Maybe bit more than it's worth. But it's one I've always liked. It's for Season 1 DVD set in UK.

I have a Star pics autographed kyle maclachlan card. Can anyone tell me what it is worth?

doceric wrote:I have a Star pics autographed kyle maclachlan card. Can anyone tell me what it is worth?

You never know with eBay though.
Top

How's everyone's collecting going in the run-up to Christmas?

about a week ago?

After buying a lot of TP and David Lynch related stuff in the last year, best to take a break at the Gold Set for awhile methinks.

A good haul in the last year though...

And then Lynch-related stuff, 'Lynch on Lynch' 'Catching The Big Fish' and 'The Air Is On Fire'. (The last of which a fine birthday present).

Mere baby steps in my Twin Peaks collecting I know, but look forward to what I find in 2008.

Users browsing this forum: No registered users and 2 guests