Posting of spoilers are allowed as long as you indicate (Spoilers) in the topic name and use the Spoiler Tag.
Post Reply
8518 posts

Agent Earle wrote:Well, let me be the first (sorry, I can't keep my mouth shut): I'm disappointed with this LOOSE attitude towards the show's continuity and history they're displaying. I said it once and I'll say it again: if that's gonna be their stance, why call it "Twin Peaks" in the first place - it could be literally anything (else). Pilot be damned. There were 29 installments afterwards.

The show hasn't even started yet.
Top

Those are all kind of minor 80's/90's continuity errors that I'm sure most TV viewers expect from that era of television for one reason or another. I just don't want major characters or plot points to be completely changed without it having a greater meaning is all I'm saying.

Half my examples were old cross-media continuity misfires, but the other half was pure TSHOTP! Which I've always believed to elevate the old inconsistencies to "feature, not bug" status. All these details, they don't really matter to the deeper nature of the characters. The important connections stay through all these possible variations on the story.

I trust that any big change like your Shelly example (or Annie's disappearance) is gonna be a plot point and treated as such...
] The gathered are known by their faces of stone.
Top

25 years later guys, Shelly is going to be different, as everyone else.
Top

I think at this stage- and with only a few days left, and for varying degrees of twenty seven years of waiting - let everyone enjoy this time when anything and everything is possible. If someone wants Audrey to be an FBI agent, or someone is adamant about certain continuity - let them have it at this moment. We're never getting back some of the wonderment we had in our frustration of what if.
God, I love this music. Isn't it too dreamy?
Top

twin-b wrote:"In the first run of Twin Peaks, I play Shelley Johnson who is a waitress at the R&R Diner. But this time around you just don’t know who I might play… cause David Lynch is tricky that way and some people are not playing their original characters.

Interviewer: “That’s such a good clue!” [Madchen continues to laugh conspiratorially and claps her hands together]

Not going to lie. While I'm open to some interpretation I really will be a bit bugged if some iconic characters are playing different roles. Shelly being one of them. I don't want some Inland Empire character confusion.

In the new promo, you can see Gia Carides mouth to Madchen "Shelly, who is it?"

To me it looks like she's asking "(what's) Sarah doing?"
Top

Lynch and Frost have been blowing off continuity wrinkles for 27 years. You're expecting them to treat this with the somber exactitude of something like Star Trek (which I like, don't get me wrong) now?

N. Needleman wrote:Lynch and Frost have been blowing off continuity wrinkles for 27 years. You're expecting them to treat this with the somber exactitude of something like Star Trek (which I like, don't get me wrong) now?

True story on both points. We could literally write a book about all the TP inconsistencies, and I bet we would still miss some.
Top

Agent Sam Stanley wrote:25 years later guys, Shelly is going to be different, as everyone else.

That's not the point of the discussion. It was her not playing Shelly but a new character which had some of us concerned.
The milk will get cool on you pretty soon.
Top

Well, they did have 25+ years to learn their own history... Just sayin'.
Top

N. Needleman wrote:Lynch and Frost have been blowing off continuity wrinkles for 27 years. You're expecting them to treat this with the somber exactitude of something like Star Trek (which I like, don't get me wrong) now?

We don't know that for sure and to be fair she did look a bit different in terms of vibe from what Shelly gives off in the one trailer we saw of her. She did however confirm some of the original actors would be playing different characters. I hope it is just limited to characters who have died.
The milk will get cool on you pretty soon.
Top

I still think the line "a time presents itself" is significant. If not an outright alternative timeline, I think there will be a DKL version of that idea, while somehow also being "25 years later", hence some inconsistencies.
Top

dont know if this was posted allready...
http://es.jango.com/music/Julee+Cruise+Joshua+Gest

Im not going to listen to any music related to the new show until i have watched the show itself... but for those who want to...
Anyway, idk if this would be in it...
Top 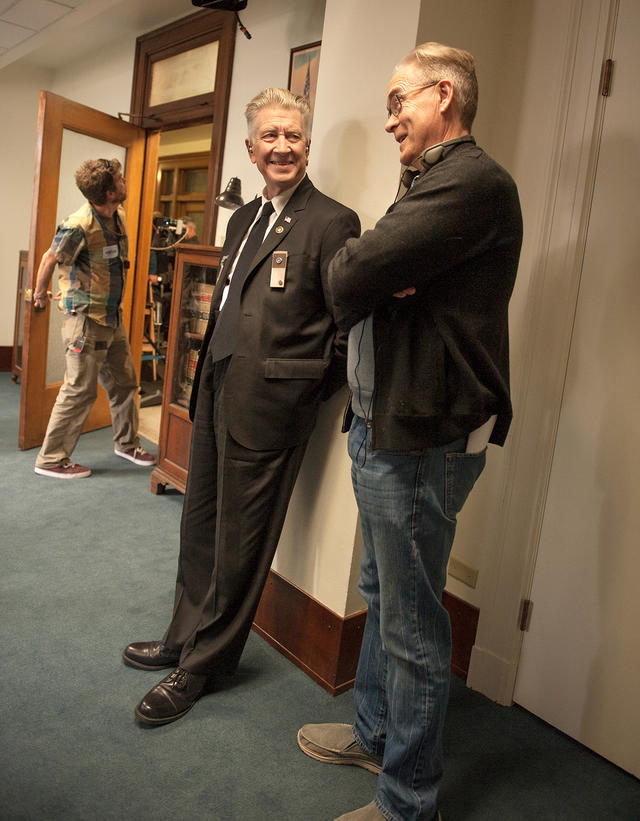 Lotta people keeping their eye on the hole, not the donut...
Top