So I'm back in Vancouver, and as I said earlier I noticed some major changes since last time I went there (summer 2011) :


The Fat Trout Trailer Park is gone, RIP.
They even removed the creepy phone pole. 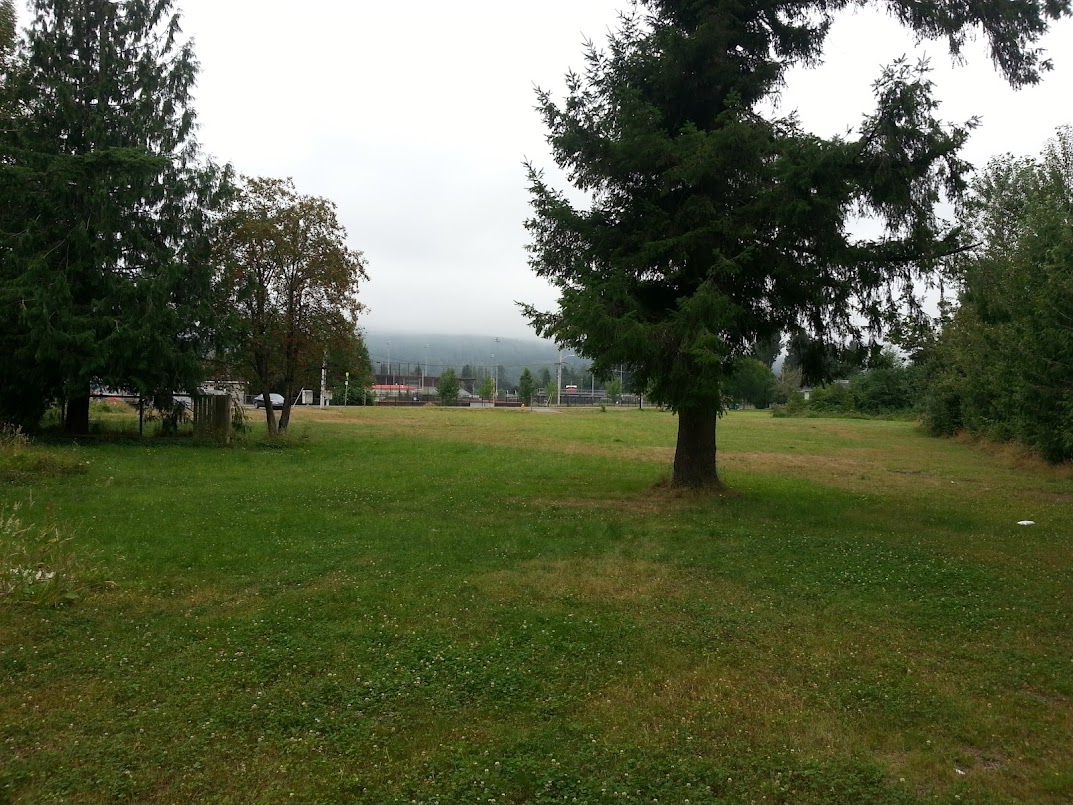 Teresa Banks is memory, as is her trailer. But I'm sure this spot is still haunted 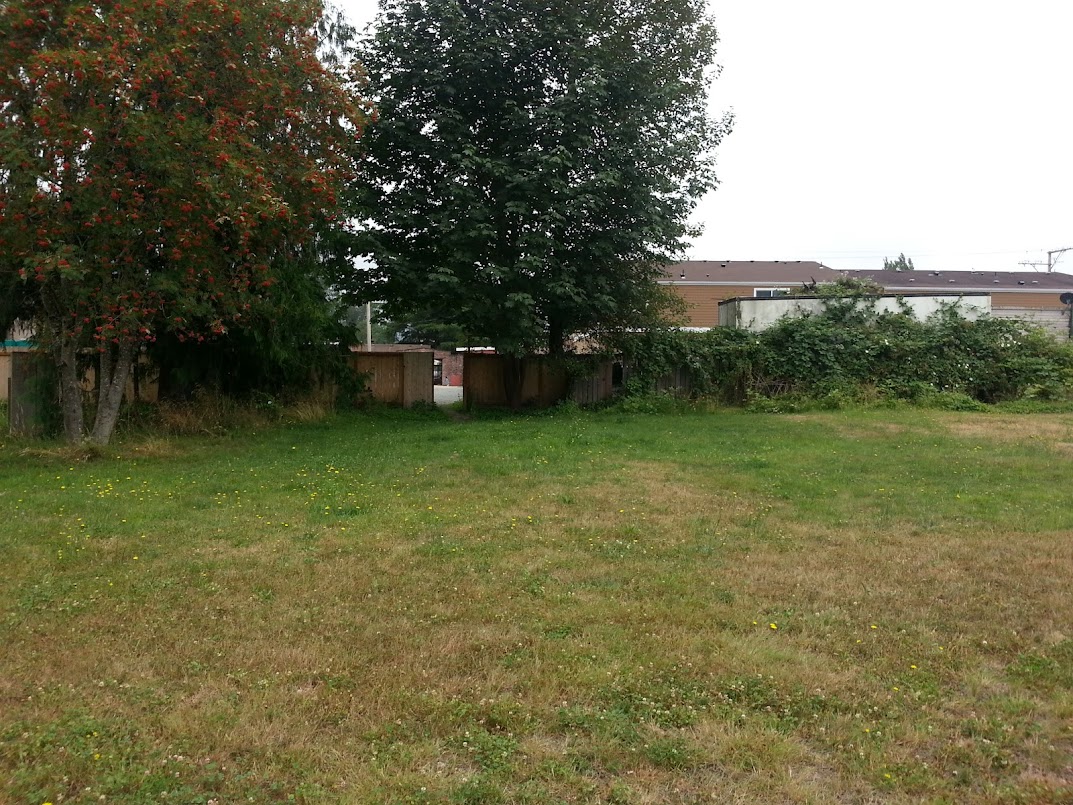 First Time I went to Twin Peaks, almost 2 years ago, I spent my time driving on the small roads (200 miles in just 2 days), searching for the locations. A very strange feeling, especially at night when you prepare yourself to see Bob coming out the woods, or interrupt Leo dealing with Bobby and Mike on a service road. I was very proud to be able to find almost everything by myself (i discovered later Charle's website), and even more after that to realize I found 2 unmarked locations from FWWM : The Airport and the School Bus (see pictures above).

if the airport is still there, the track waiting for agent Desmond to land, 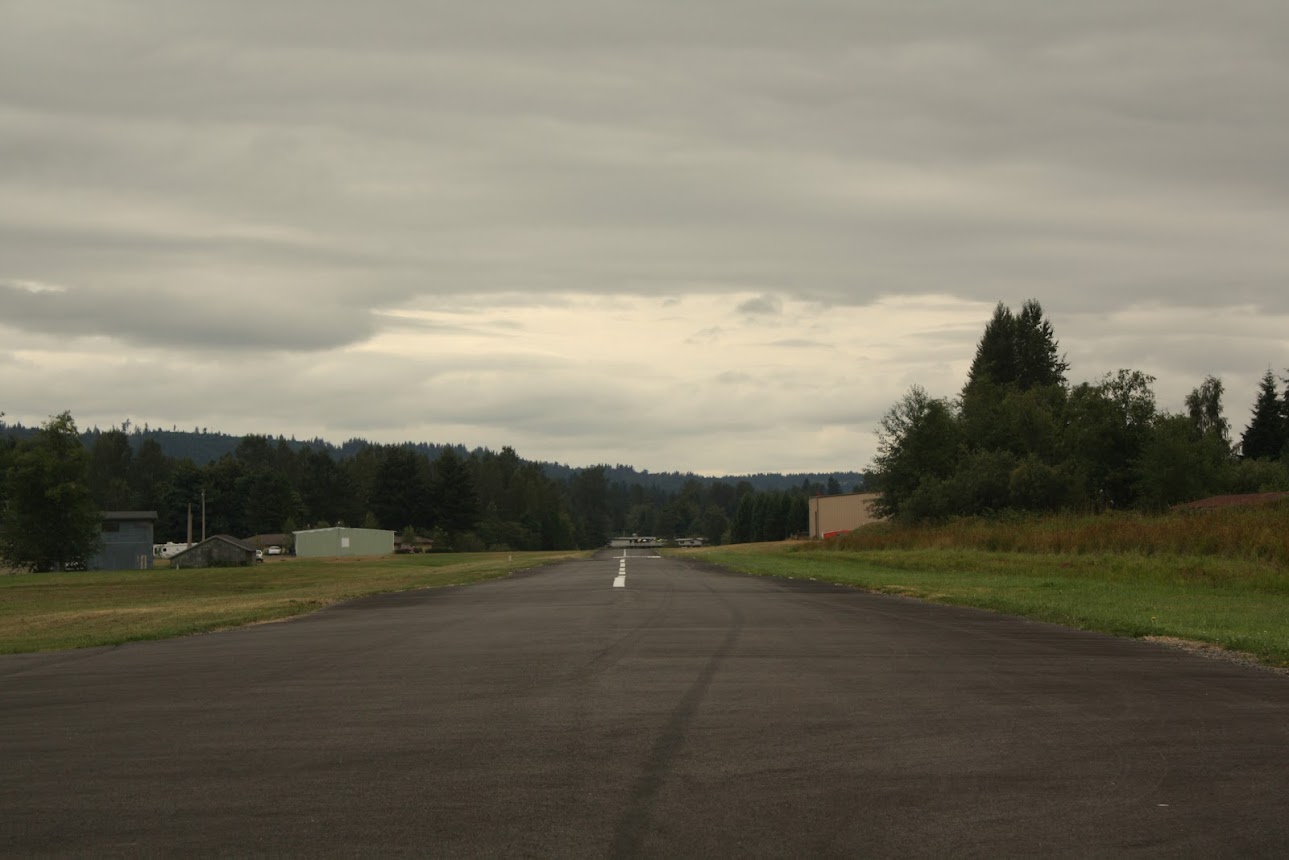 , unfortunately the Bus is gone

I just found theses ashes at the exact spot where the bus was. I doubt it comes from the bus, but the coincidence is "funny". 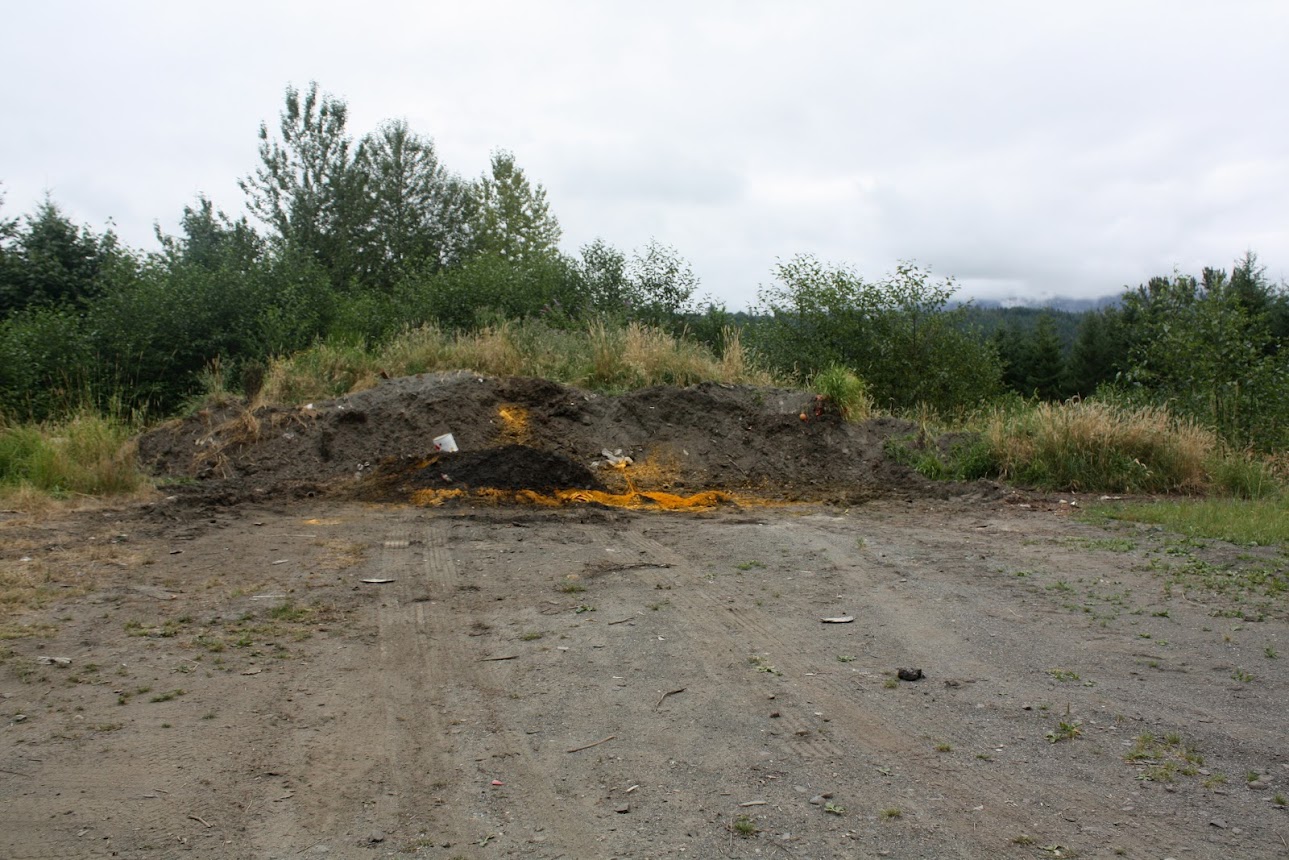 Another change : Hap's Diner.
The Fall City Grill is now the Fall City Bistro, and they changed the paint color 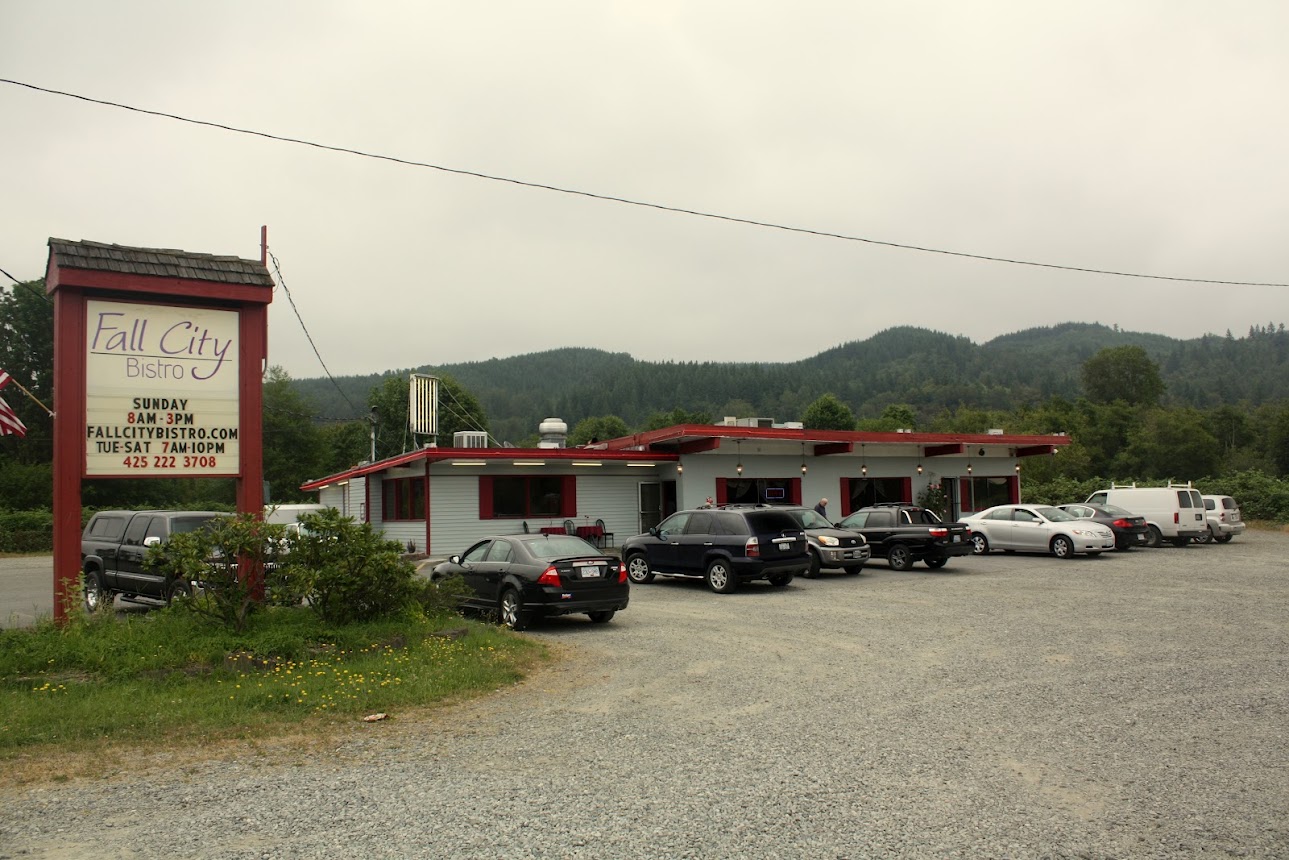 Damn, even the Mount Si is gone ! 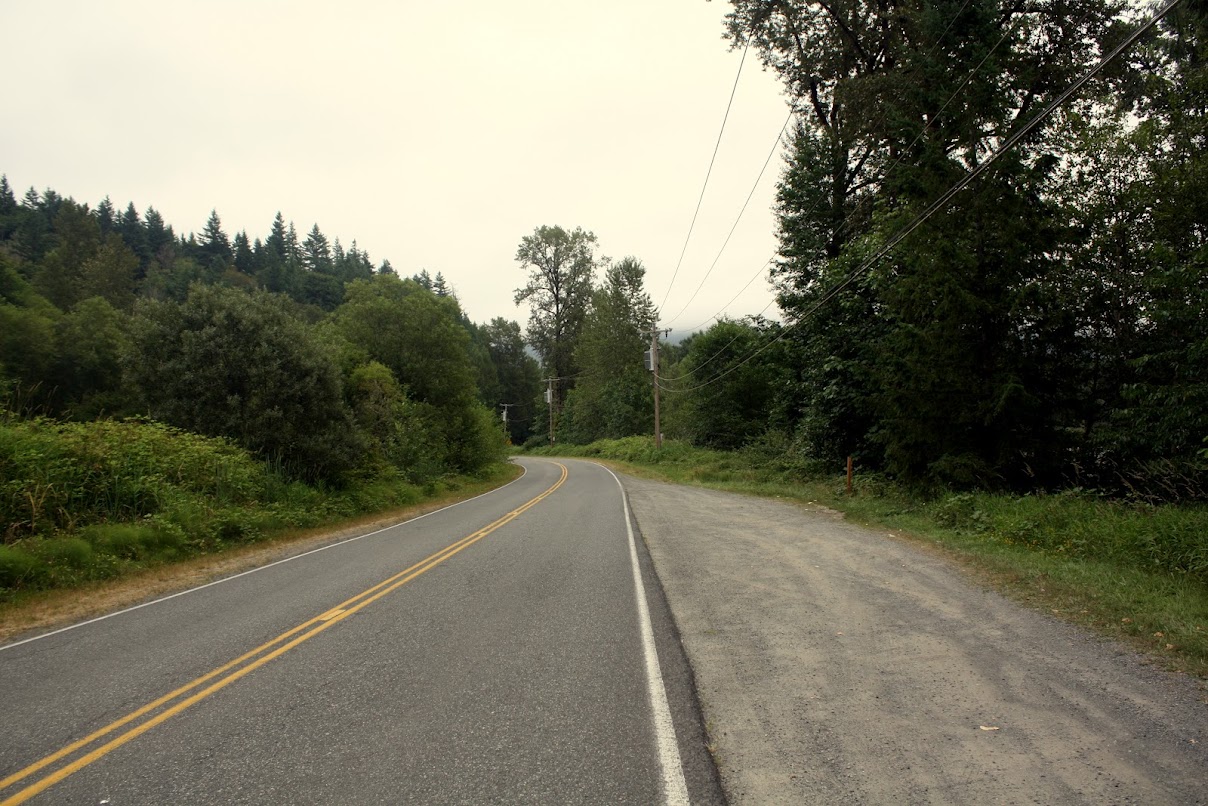 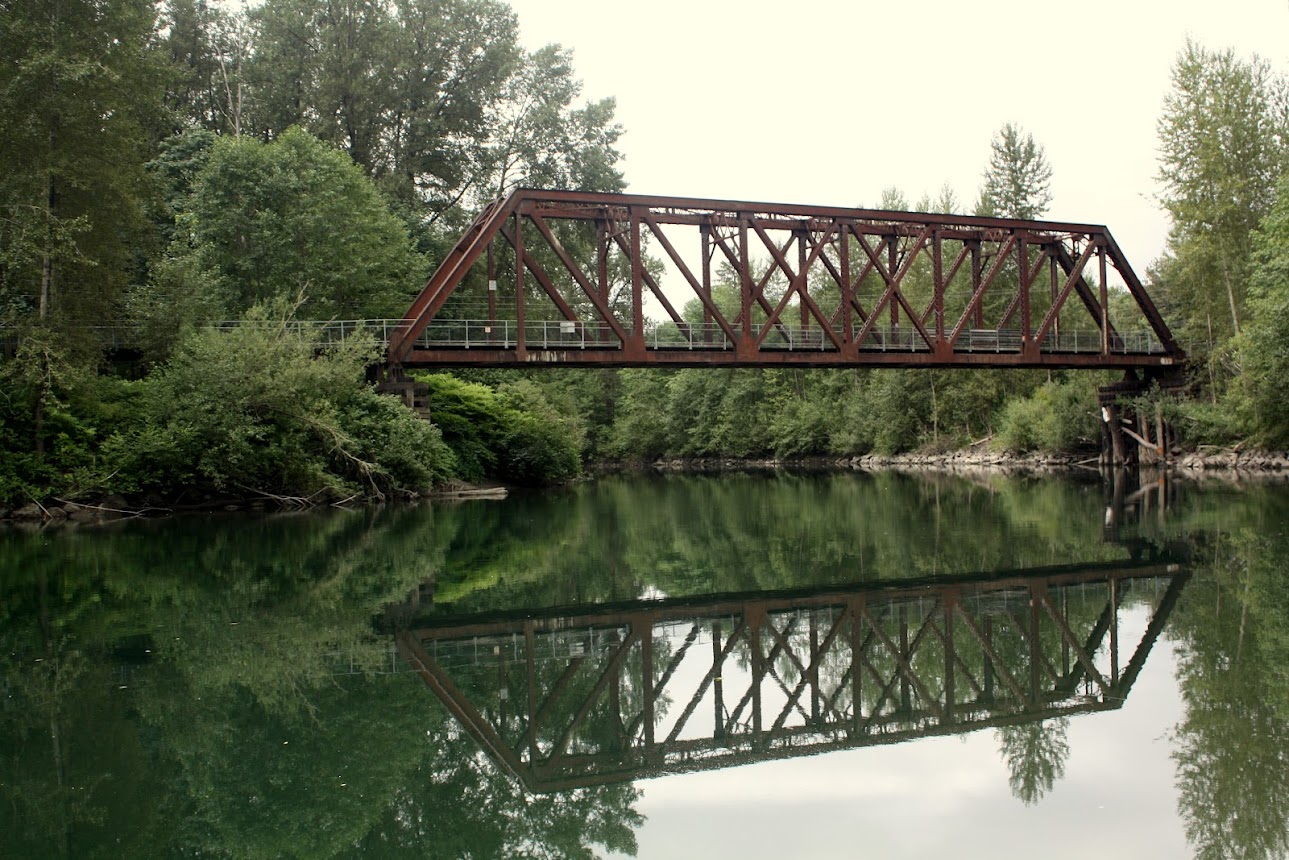 Some grafittis on the bridge 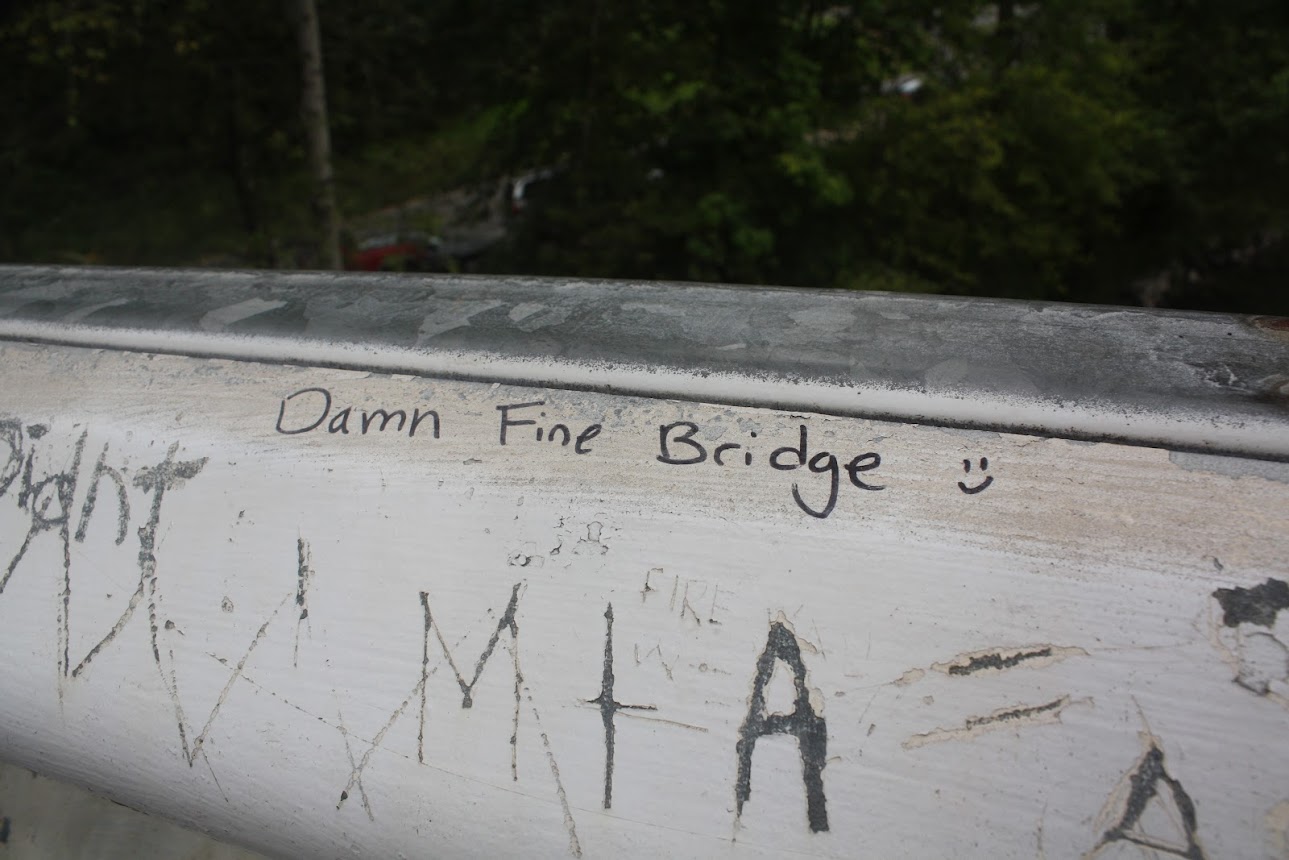 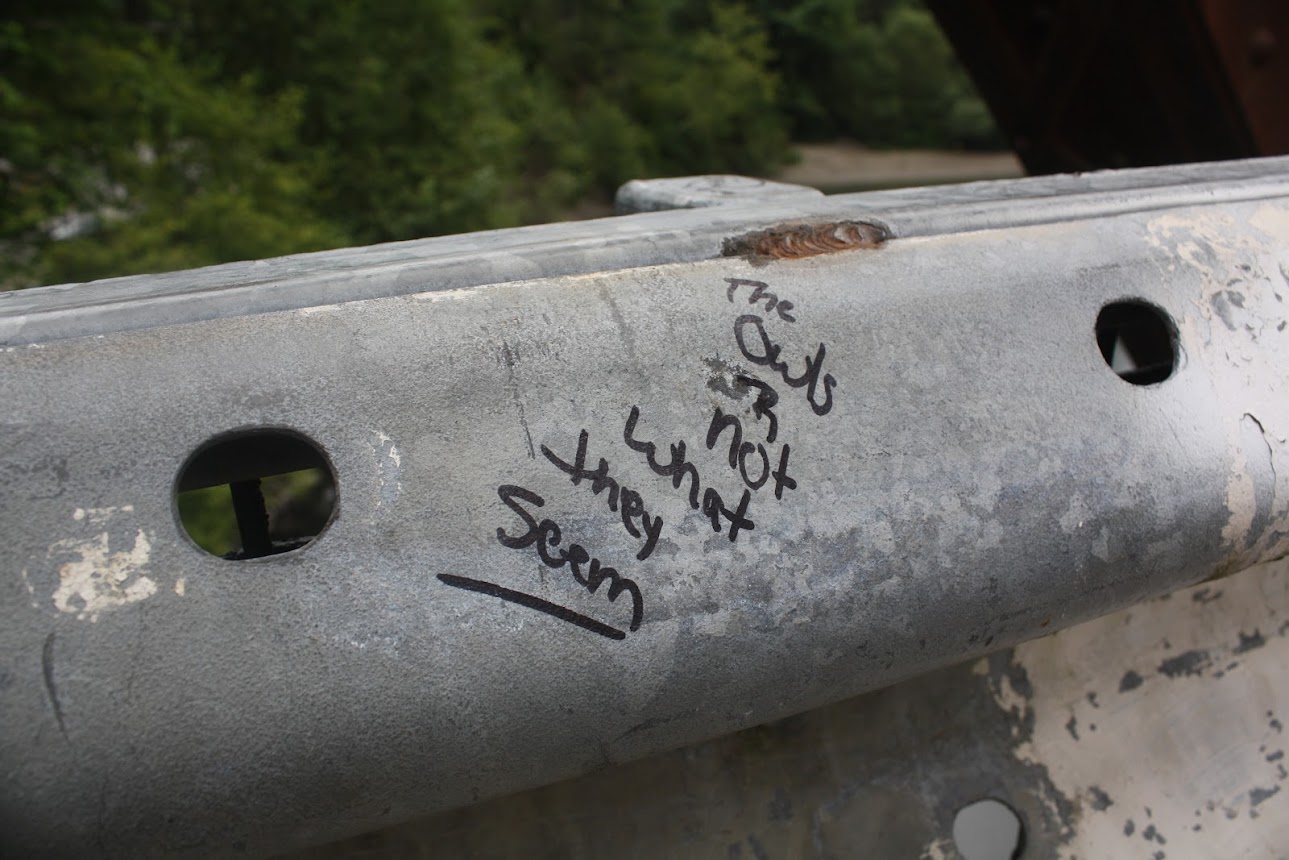 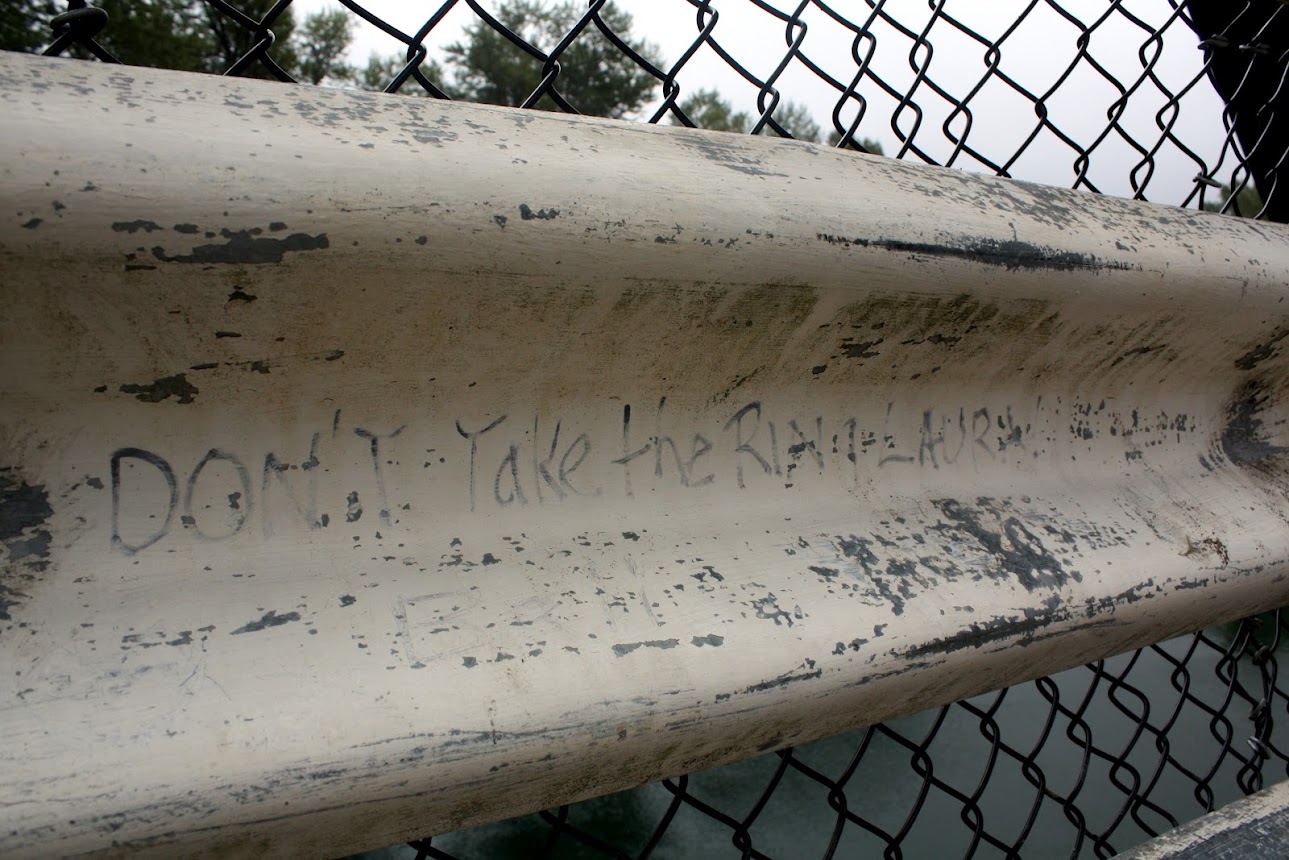 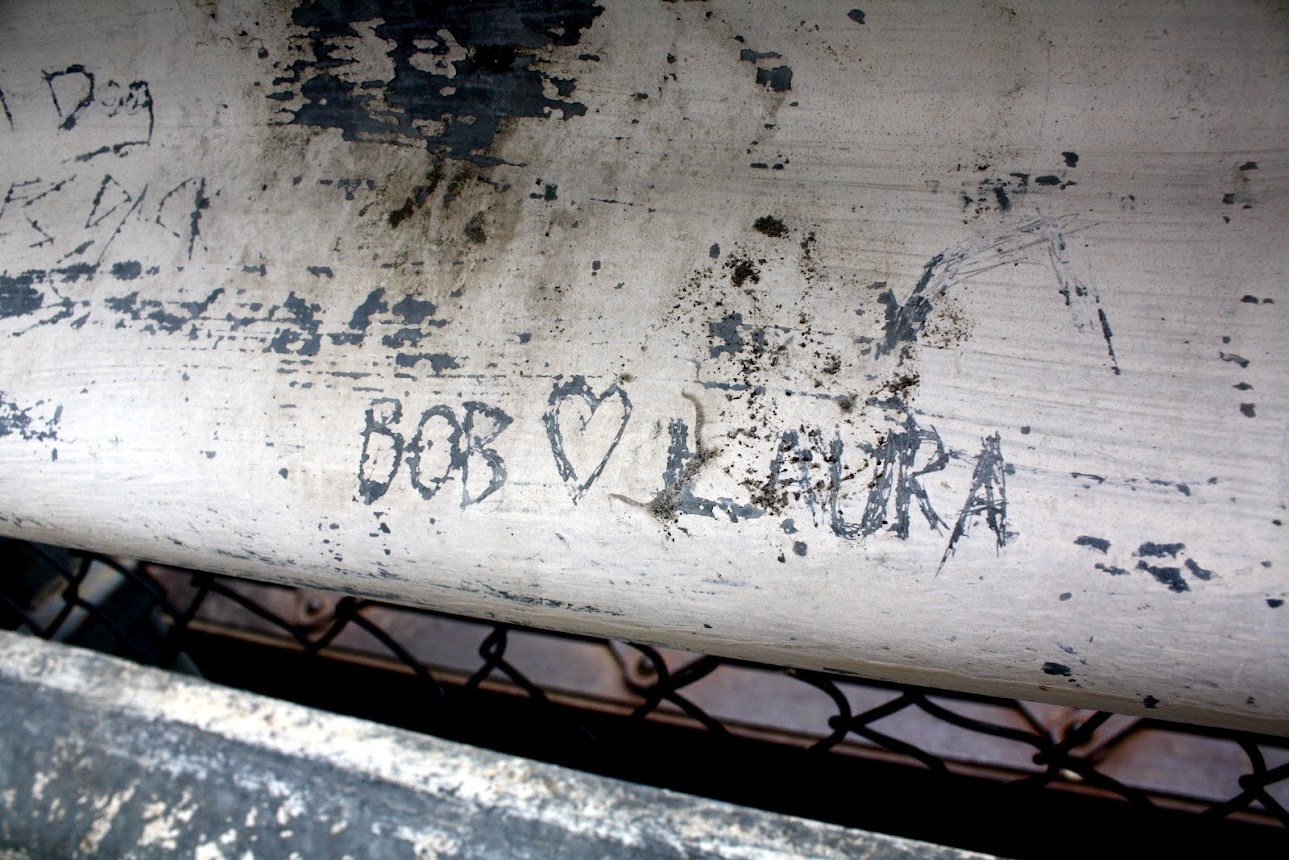 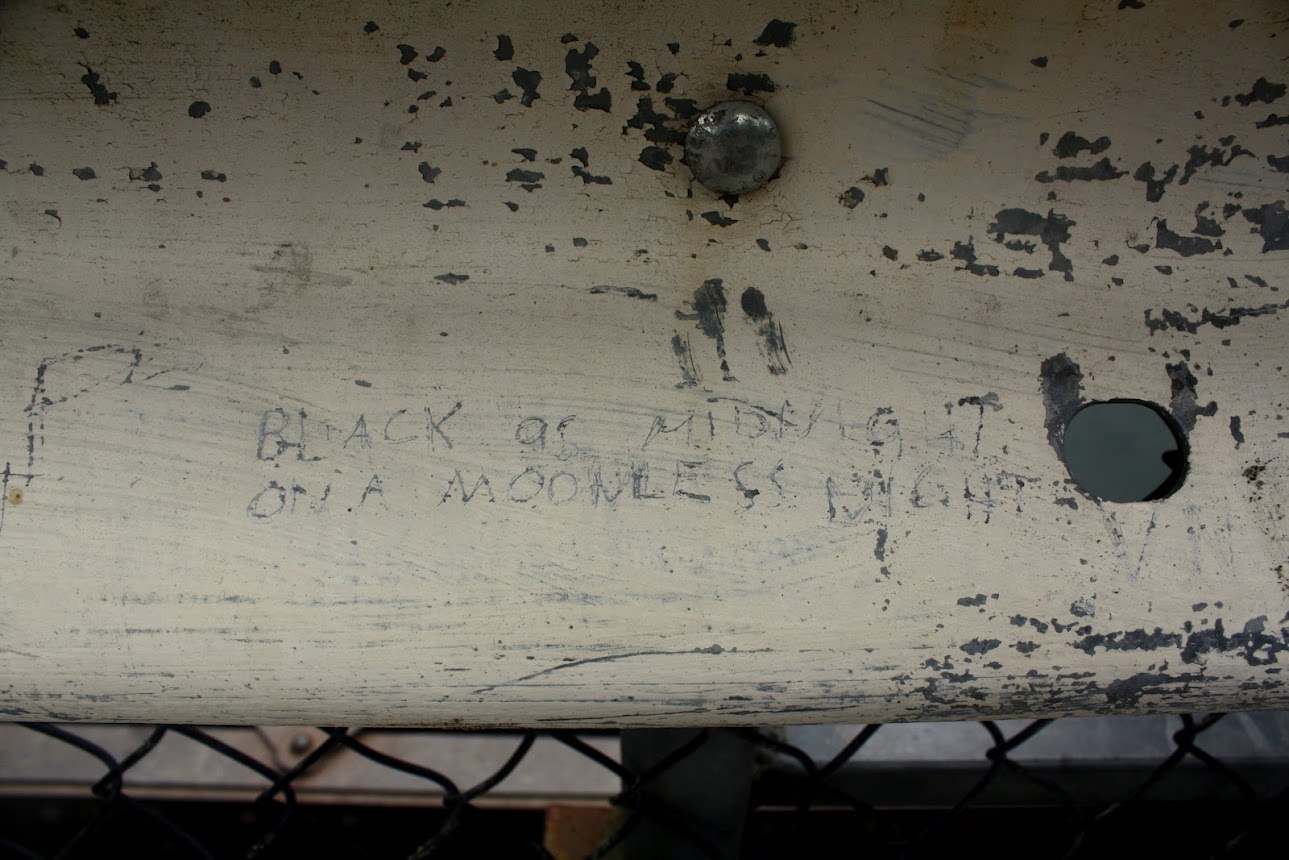 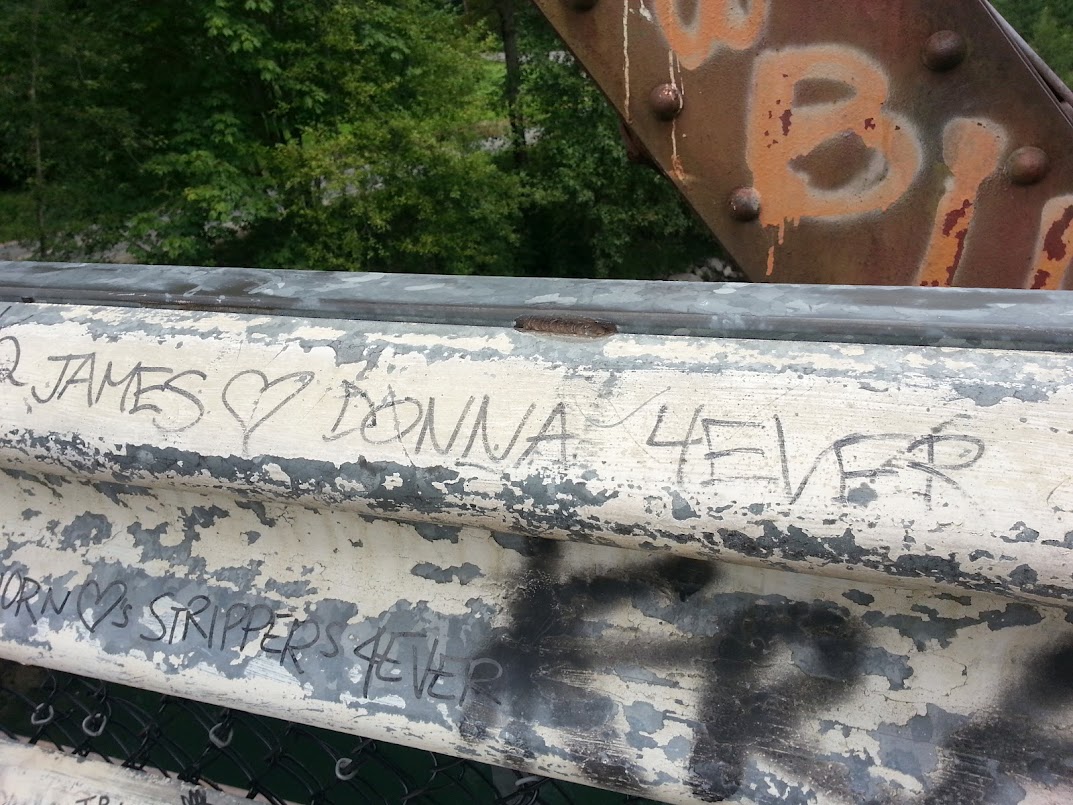 I left my mark, it should stand a couple of days... 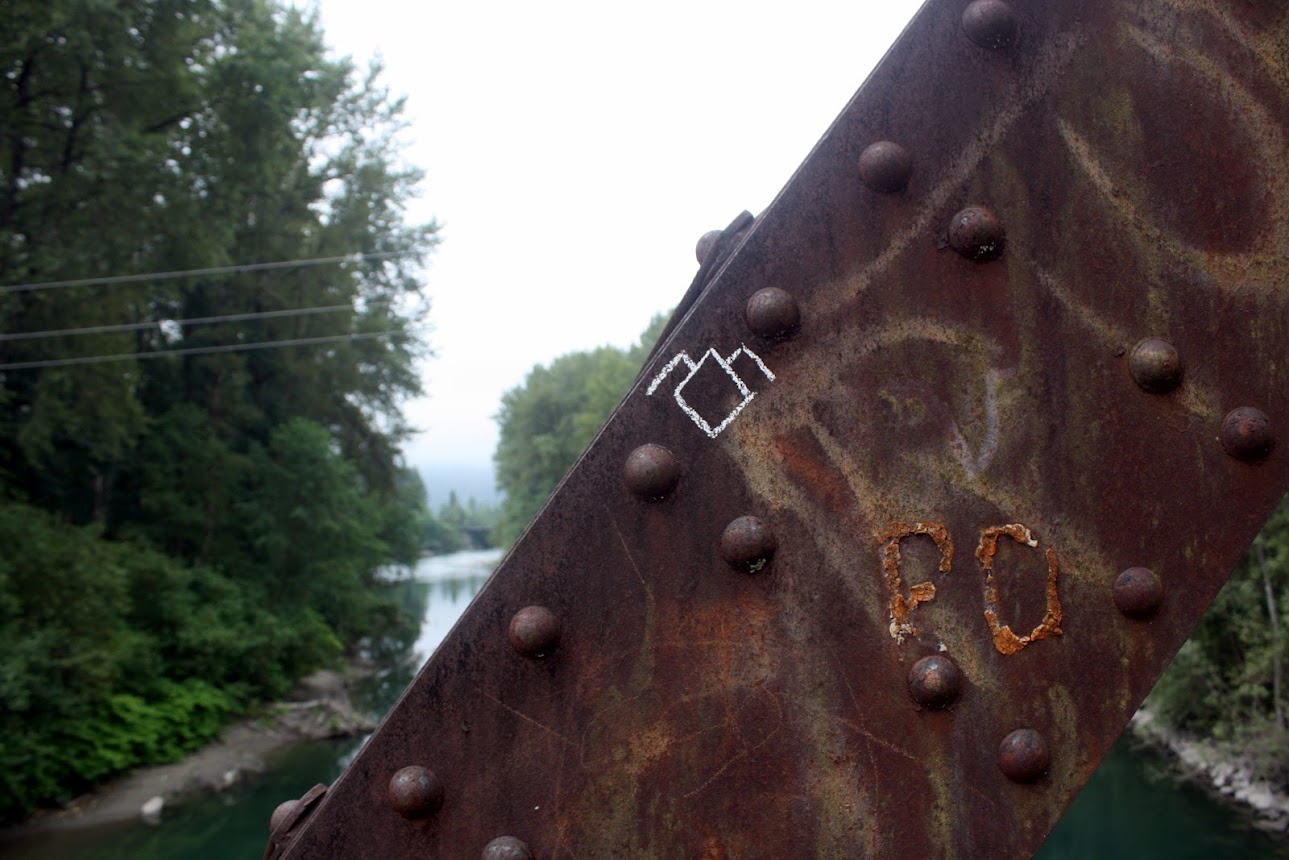 I was able to move around The Packard Mill, for different angles 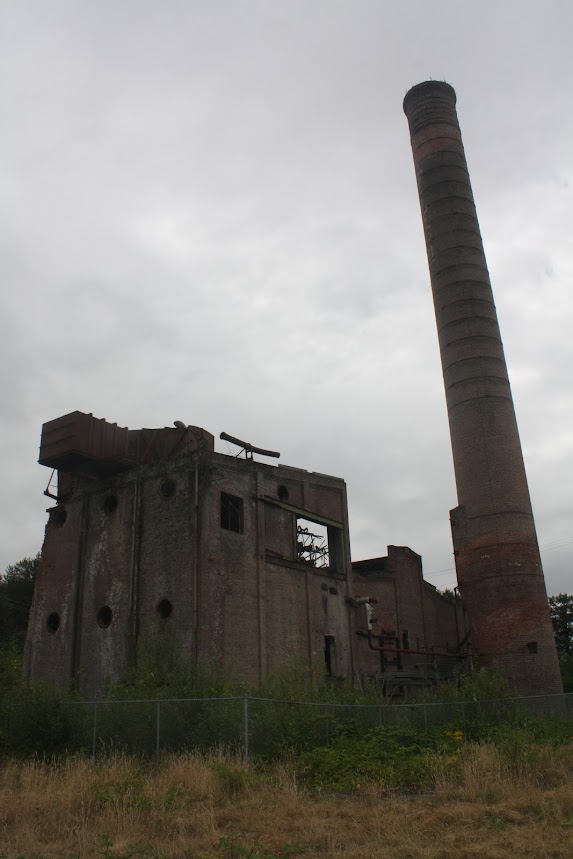 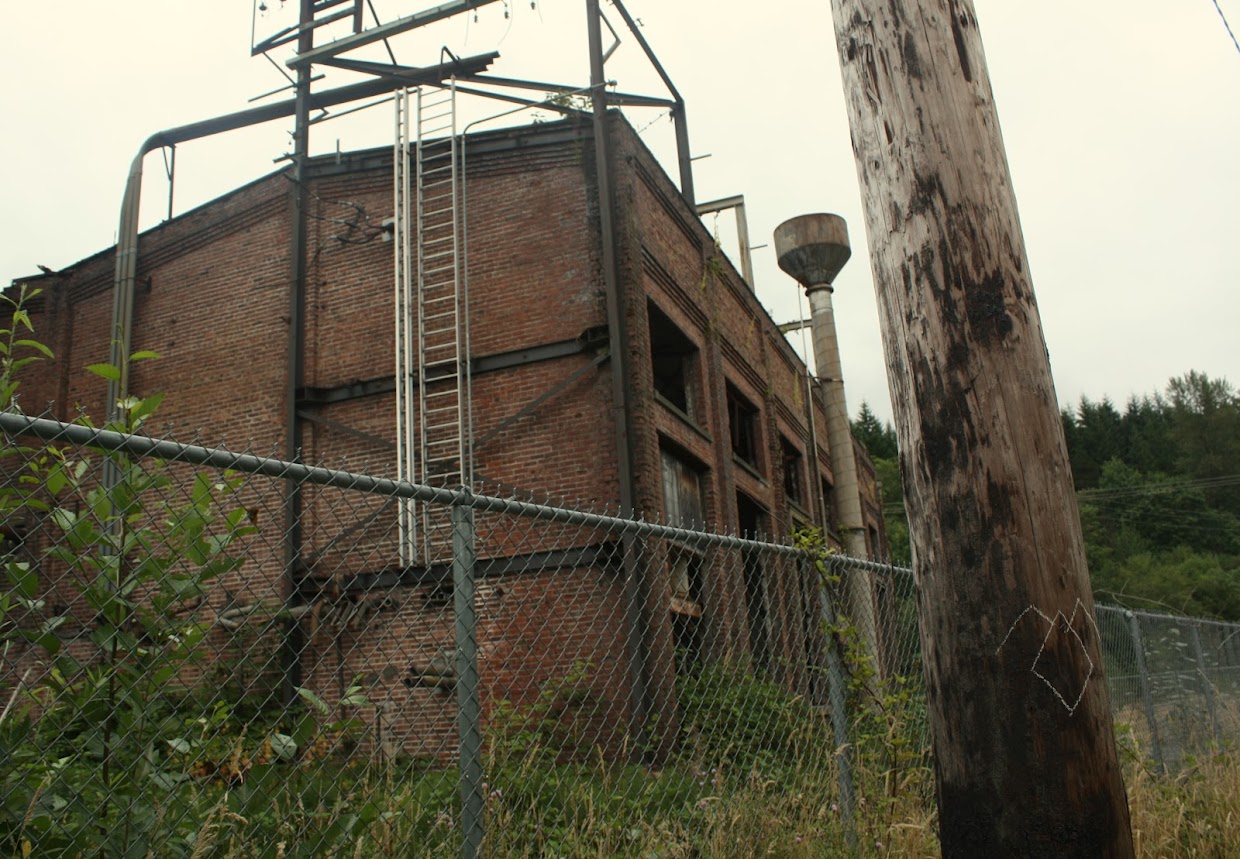 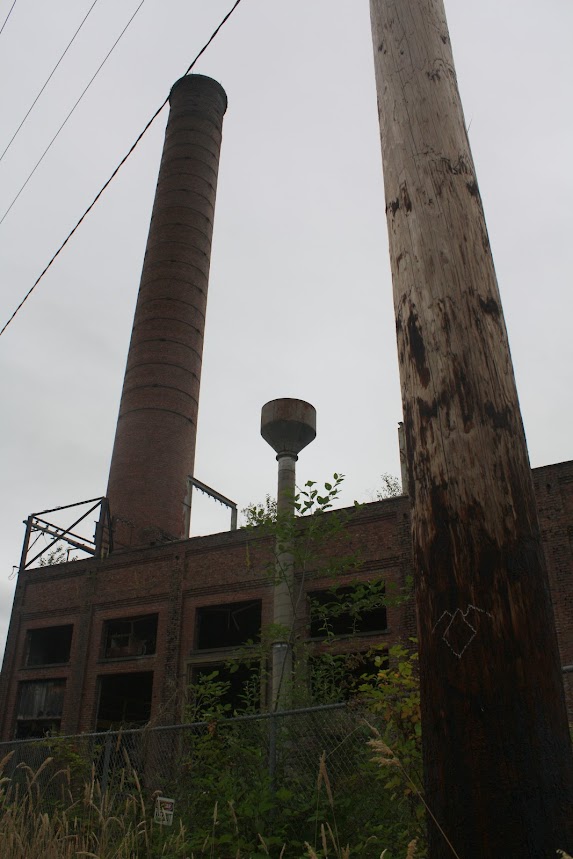 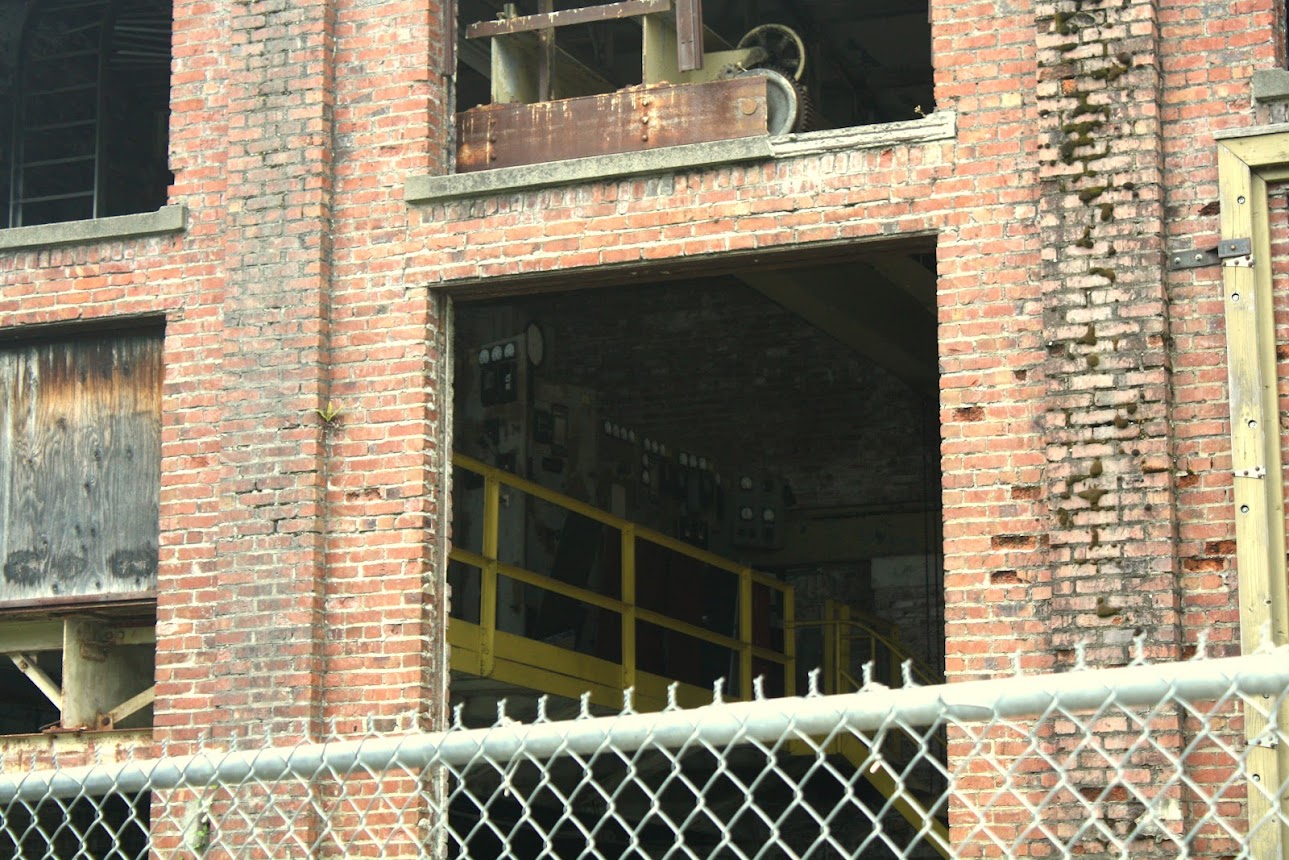 Hard to believe when you see it now, but the Snoqualmie Mill was actually one of the largest in the world. It was covering the entire field.

"Shorty, tell the boys to pull the plug" 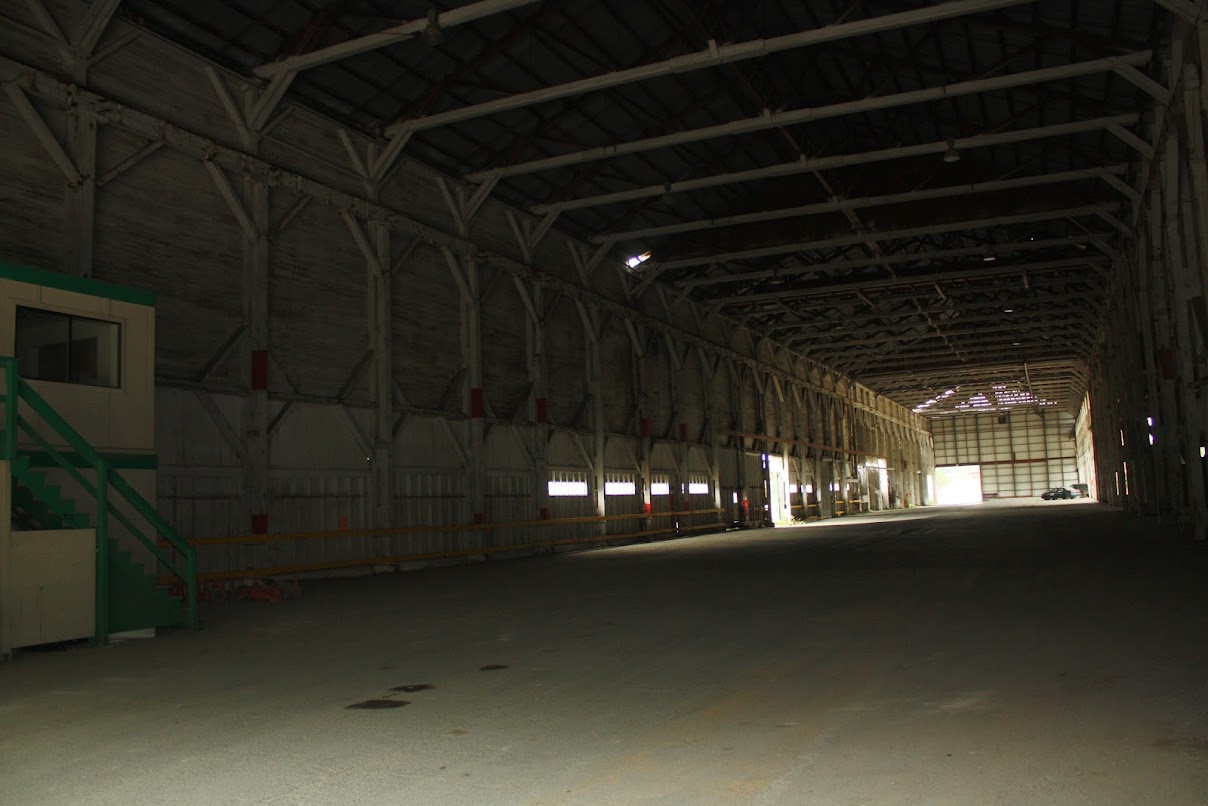 A last stop at the sign spot. Mt Si is back, yay ! 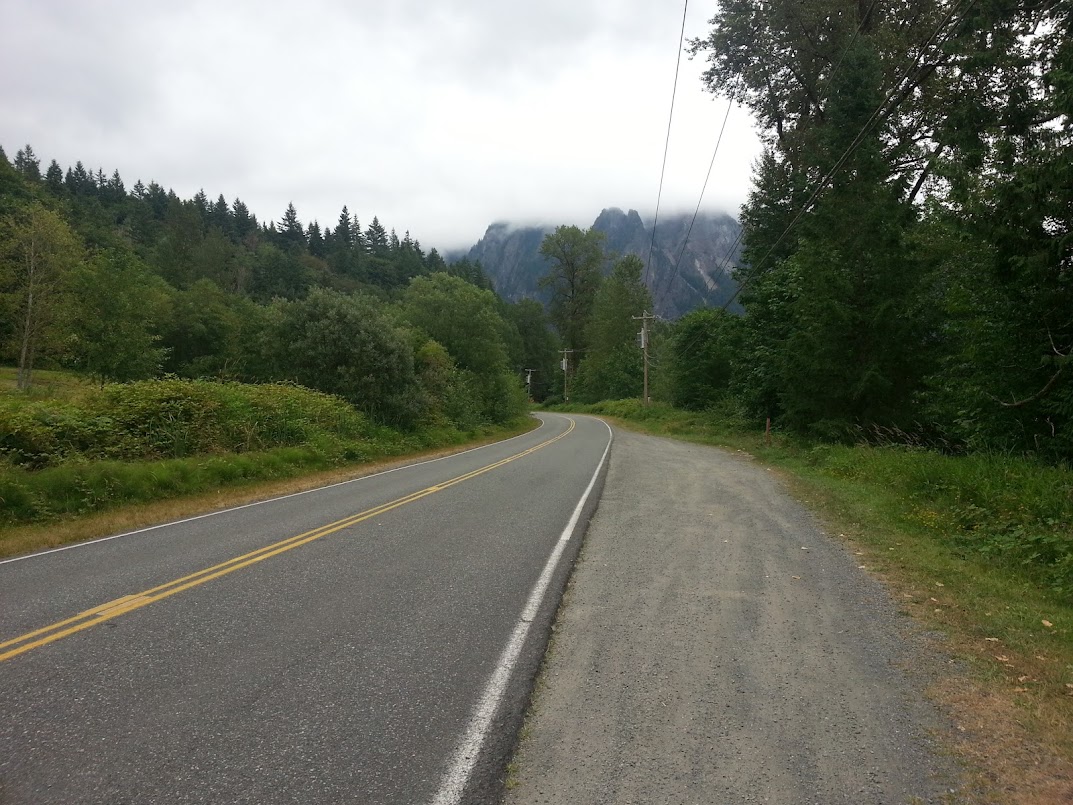 After a yummy breakfast at the Roadhouse (so much better than Twede's by the way), it's time to leave Twin Peaks, by the Big Ed's Gas Farm.
Still no drapes at the window... 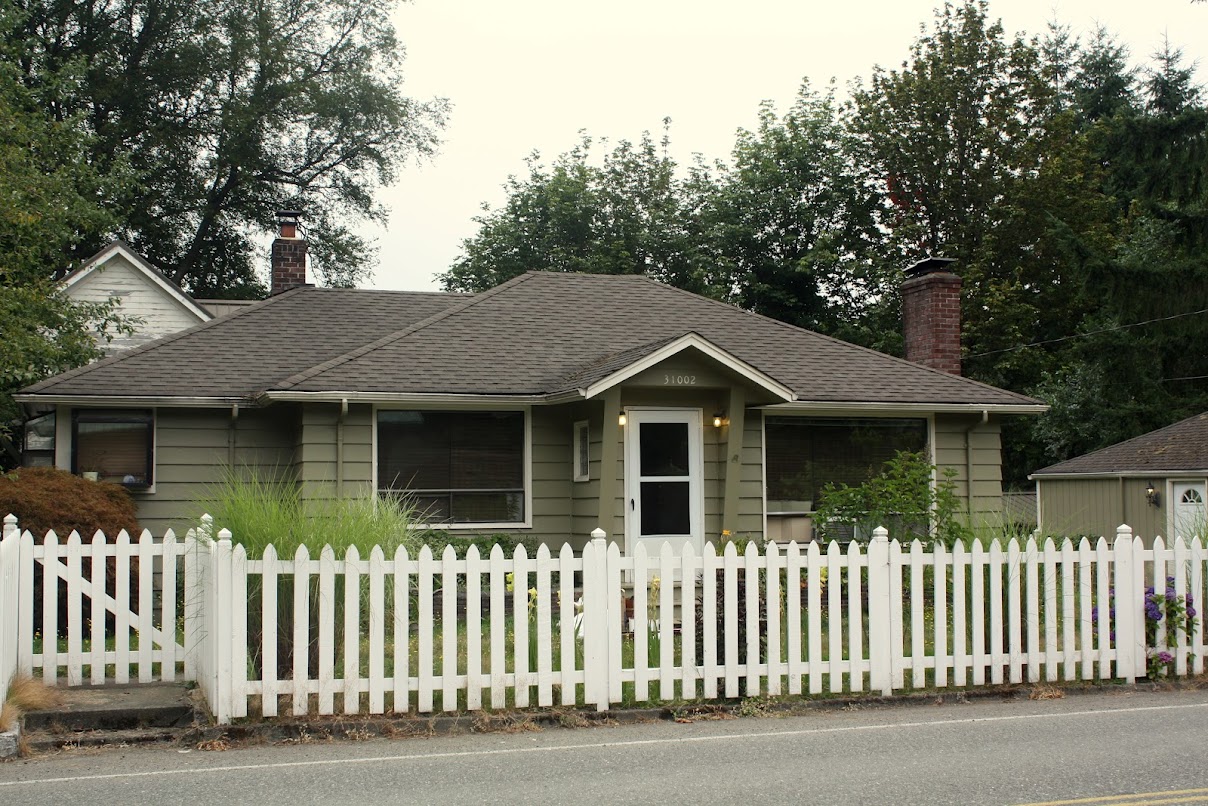 And then something very strange happened. When I went back to the car, the Doors were playing "the unknown soldier", repeating "It's all over, it's all over", and the radio was displaying this (no joke, I still can't understand why or how but it just happened at this exact moment) 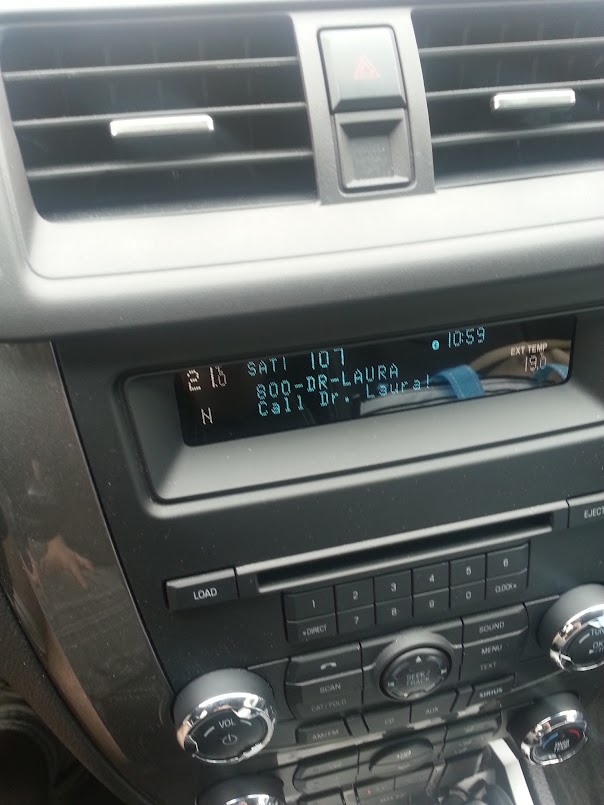 I'm addicted to this place. The atmosphere is so special... You really can feel that some things happens at night in the woods.
Some day, I'm sure a kid will find the Owl Cave entrance, just as the young french in Lascaux in the 40's.
Some businesses and places for sale. I wish I could have a green card and some money. I would buy Mo's, open "The Black Lodge Café" with a TP museum at the back

I love the graffitis on the bridge...

The graffiti on the bridge gave me such an awesome feeling, I absolutely love these pictures! Thanks for sharing. I LOVE the photos of the 'packard mill'. Thanx!!
Top

God I love Snoqualmie. I was just there a few months ago, for the 2nd time in my life. It struck me that if you're going to head-over-heels obsessed with a TV show or a film, how lucky are we that we actually have the opportunity to go to a specific place and can immerse ourselves in it? And that even after 20+ years, it's all still so very evocative of the show/movie? If you're a Star Trek fan, you can't exactly take a weekend trip to the Enterprise. But we're so fortunate that we can actually go hang out in Twin Peaks!

actually, there's only one left... good start !
now it would be : if only coffee and food could be good !
https://twitter.com/Introligator
Top

I can't ever remember seeing anyones vaccation photos that I acutally enjoyed viewing before seeing these, Brilliant! Thanks so much for taking these, it's really nice to be updated.
I'm suprised in all honesty how little things have changed (I mean that in a good way), I had a nasty feeling that half the TP locations would have been bulldozed by now.
The graffiti on the bridge is a great tribute to TP, good to see it's not all forgotten - I'm suprised there aren't plaques everywhere, I know I'd want to honour and remember such a great show being made in my home town. Do you see many references to TP other than the couple that feature in your pics (the mural on the wall and the plaque near the Lauras log)?
Thankyou!

The northwest is a lush as new England. Oh, man, all those pines !!! Just gorgeous...

The owl, Thanx again for all the photos! It's a great thread.
Top

TheArm wrote:God I love Snoqualmie. I was just there a few months ago, for the 2nd time in my life. It struck me that if you're going to head-over-heels obsessed with a TV show or a film, how lucky are we that we actually have the opportunity to go to a specific place and can immerse ourselves in it? And that even after 20+ years, it's all still so very evocative of the show/movie? If you're a Star Trek fan, you can't exactly take a weekend trip to the Enterprise. But we're so fortunate that we can actually go hang out in Twin Peaks!

Now if only they'd get rid of all of those damn tweetie birds in the diner...

Agreed! I feel the same way. I'd love to see snoqualmie some day; however, travel is difficult for me. Lol, perhaps some one can drive me out in their airstream...
Top

My wife and I were able to see Snoqualmie the same time the TP festival was going on, it was an amazing first time visit, the place is like holy ground to us, I wasn't able to visit all the locations so your photos are very welcome, thanks for posting them!
Robot Novelist: http://tevanbuskirk.wordpress.com/
Top

I love the pics, excellent shots! I love how the bridge graffiti is all "on-topic" with the phenomenon that occurred there in 22 years ago

Hi everyone...
A french webmagazine asked me for a story about Twin Peaks filming locations. So I'm going back there on august 14th.
Anyone to join ? I'll ride from Vancouver but can stop anywhere in between for a pickup
https://twitter.com/Introligator
Top

Dang if i had free time i would drive up there to meet you to take pictures. I live 3-4 hours south of North Bend/Snoqualmie! Have a good time! Take plenty more pictures!
"I always say, ideas are like fishing."

Ok, J-2.
I'll leave Vancouver, BC on wednesday morning at 5:00 AM to Edmonds, WA, then ferry to Bainbridge Island and the Kiana Lodge, ferry to Seattle and then Snoqualmie / North Bend in the afternoon.
Got 1-2 seats in the car if you want to join from Vancouver, Bellingham or Seattle.

How was the trip, The_Owl ? Took some photos ?
I hope one day I can go there... (quand mon fiston sera plus grand).

Oh, and, I saw you made article for DailyMars.net, great article !

Users browsing this forum: No registered users and 65 guests